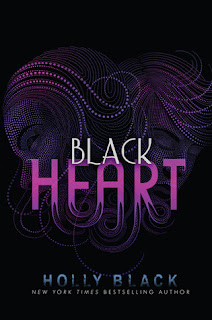 But with a mother on the lam, the girl he loves about to take her place in the Mob, and new secrets coming to light, the line between what’s right and what’s wrong becomes increasingly blurred. When the Feds ask Cassel to do the one thing he said he would never do again, he needs to sort out what’s a con and what’s truth. In a dangerous game and with his life on the line, Cassel may have to make his biggest gamble yet—this time on love.

**Contains spoilers if you have not read the first two books**

If you have not read this series you must immediately. It is amazing. This book had me hooked from start to finish. It makes me sad to know this is the end of the series, but the ending wrapped things up just enough to make me feel like my questions have been answered but there is still something to think about. There was so much that happened in this book, it so hard to articulate everything.

In the final book of the series, Cassel is still battling between good and evil. He wants to be normal teenager, but when you come from a family of curse workers who have ties with the mob, it’s hard to get out. Cassel has changed a lot but the basics of what he wants is still the same, he is still trying his best to separate himself from his past and look forward to the future. His relationship with Lila is still rocky; she still does not forgive him for trying to have her worked.

Lila was a character I was not a fan of in the beginning, but in this book I liked her so much more than I thought possible. I love Cassel and Sam’s bantering, even with the strain on there friendship because of Sam and Daneca’s breakup there still best friends who will always have each others back.

I found a lot of relationships in the first part of the book were strained, new alliances and relationships were formed. Black shows a different side of Barron revealed, as he puts strain on the relationship with his brother to form a new one that caught me off guard. At first I was completely shocked and angry, but subtle things made me have a change of heart.

I am torn between White Cat and this one as being my favorite. I hope Black has something in mind to keep this story going, I feel sad knowing there is no other books currently coming with these characters. I felt so many emotions reading this book; I read it within a few hours. I could not put it down.

I also have to mention how much I love this cover, it is absolutely gorgeous.
Posted by Unknown at 5:00 AM