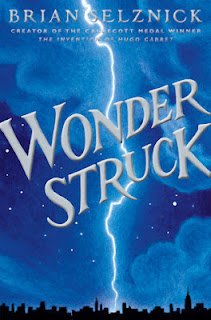 From Brian Selznick, the creator of the Caldecott Medal winner THE INVENTION OF HUGO CABRET, comes another breathtaking tour de force.

Playing with the form he created in his trailblazing debut novel, The Invention of Hugo Cabret, Brian Selznick once again sails into uncharted territory and takes readers on an awe-inspiring journey.

Ben and Rose secretly wish their lives were different. Ben longs for the father he has never known. Rose dreams of a mysterious actress whose life she chronicles in a scrapbook. When Ben discovers a puzzling clue in his mother's room and Rose reads an enticing headline in the newspaper, both children set out alone on desperate quests to find what they are missing.

Set fifty years apart, these two independent stories--Ben's told in words, Rose's in pictures--weave back and forth with mesmerizing symmetry. How they unfold and ultimately intertwine will surprise you, challenge you, and leave you breathless with wonder. Rich, complex, affecting, and beautiful--with over 460 pages of original artwork--Wonderstruck is a stunning achievement from a uniquely gifted artist and visionary.

Wonderstruck is the story of a girl and a boy named Ben who is linked in an unusual way. The children’s lives are set fifty years apart.


The girl’s story is set up through a series of drawings. She follows the life of a young actress and keeps a scrapbook of everything that happens with her.


The photos are amazing. I lingered on them so I could enjoy them longer. I loved the contrast between the two stories and how they were told.

The ending was bitter sweet. We find how the two main characters are connected but there was also a lot of sadness.


This is a super quick read but one I thoroughly enjoyed. This made me an instant fan of the author and I will be looking for his books in the future.
Posted by Unknown at 6:00 AM