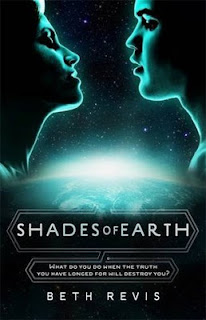 Amy and Elder have finally left the oppressive walls of the spaceship Godspeed behind. They're ready to start life afresh--to build a home--on Centauri-Earth, the planet that Amy has traveled 25 trillion miles across the universe to experience. But this new Earth isn't the paradise that Amy had been hoping for. Amy and Elder must race to uncover who--or what--else is out there if they are to have any hope of saving their struggling colony and building a future together. But each new discovery brings more danger. And if their colony collapses then everything they have sacrificed--friends, family, life on Earth--will have been meaningless...
Amazing ending to a series. This did not suffer from series syndrome. It got better as the series went on. I was iffy about the first book but the ending made me want to read the second then the second book was sooo good and I was dying for the third book and now I have read the third book and I can say it was my favorite. I love this series, it’s different from anything else I have read and I loved it.

I love the characters. Elder grew so much throughout this series. I really was not a fan of him in the beginning but slowly he grew on me and in the last book I was so happy to see what a great leader he became. Amy also grew a lot as a character, she became less selfish as the series went on and also became someone that everyone could look up to. There was so much character growth in all of the characters, the “ship born” completely changed. They all seem to come into their own and stood up for themselves.
The setting is this book is just completely amazing. The author paints a picture of the Godspeed, I felt like I was right there on the ship. It was so futuristic but realistic. She portrayed it so well that I can picture the ship being built and people living on it.

I do not want to go into too much detail about what happened in this book because it is the final book in the series and I do not want to give anything away. This is a book for everyone, it is a unisex book for sure. If I could convince my fiancée to read a book this is the one I would recommend. I completely love this series and I am really sad that it is done. I hope I will get to see these characters again.
Posted by Unknown at 5:00 AM