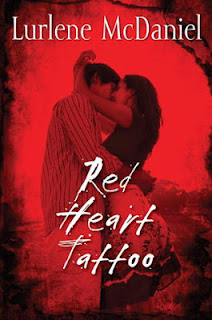 At 7:45 a.m. on the day before Thanksgiving break, a bomb goes off at Edison High. Nine people die instantly. Fifteen are critically injured. Twenty-two suffer less severe injuries. And one is blinded. Those who survive, struggle to cope with the loss and destruction. All must find new meaning for their lives as a result of something they may never understand.

Lurlene McDaniel's signature expertise and finesse in dealing with issues of violence, death, and physical as well as emotional trauma in the lives of teens is immediate and heart trending.

I devoured this book within a few hours. The prologue is the bomb going off and the damage it caused. The story then follows the point of view from the students who were affected by the bomb. The book is broken into months; part one is about what happened between September to November.

The characters were diverse. The point of view is given from five different characters that all play different roles in the school.

Morgan Frieson is the student council president. She is at the top of the social ladder and is ambitious. I actually really liked Morgan’s character. She was not a snob like I thought she would be, I found her to be really down to earth.  Her family was also very supportive and warm and I enjoyed viewing the story from her point of view.

Trent Carpella is Morgan’s boyfriend. He is not the typical jock, he is also an honour student who takes his relationship with Morgan seriously but is very protective of her.

Kelli Larson is Morgan’s best friend but lately she has been more withdrawn from her friends. Her withdraw from her friends is so she will not have to reveal the secrets she is keeping from them.

Stuart Rothman is the typical bad boy. He is covered in tattoos and has been in trouble with the law in the past. He has had a crush on Morgan for years and hopes one day he will have a chance with her.  After the bomb he is thrown into the spotlight. His bad boy looks is only an outer look, underneath he is a super sweet guy who was one of my favourite characters.

Liza Sandiski was not a character I enjoyed. She was very jealous of Roth’s crush on Morgan. I found her to be really snarky, and not in an enjoyable way.  She was so sullen and I sympathized that her affection for Roth was not returned but I still found her completely frustrating.

The story is unique with providing so many points of view. The author also provides a look into the mind of the characters that created the bomb and the planning behind it.

The ending was wrapped up pretty quickly; it kind of reminded me of a hallmark movie. There was some questions left unanswered, making me wonder what will happen with the characters in the future.
Posted by Unknown at 5:00 AM