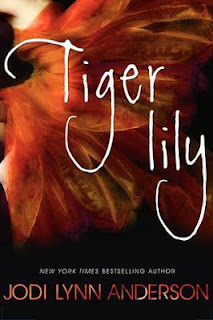 
Before Peter Pan belonged to Wendy, he belonged to the girl with the crow feather in her hair. . . .

Fifteen-year-old Tiger Lily doesn't believe in love stories or happy endings. Then she meets the alluring teenage Peter Pan in the forbidden woods of Neverland and immediately falls under his spell.

Peter is unlike anyone she's ever known. Impetuous and brave, he both scares and enthralls her. As the leader of the Lost Boys, the most fearsome of Neverland's inhabitants, Peter is an unthinkable match for Tiger Lily. Soon, she is risking everything—her family, her future—to be with him. When she is faced with marriage to a terrible man in her own tribe, she must choose between the life she's always known and running away to an uncertain future with Peter.

With enemies threatening to tear them apart, the lovers seem doomed. But it's the arrival of Wendy Darling, an English girl who's everything Tiger Lily is not, that leads Tiger Lily to discover that the most dangerous enemies can live inside even the most loyal and loving heart.
From the New York Times bestselling author of Peaches comes a magical and bewitching story of the romance between a fearless heroine and the boy who wouldn't grow up.

Peter pan has always been a mystery. The story of Peter Pan starts when Peter meets Wendy but you never really find out what happened before. This is the story of a girl name Tiger Lily and a boy named Peter Pan.

The story does take a little while to get into. There is a lot of back story that is not in the original story to get through. Once Tiger Lily and Peter Pan become friends, things become a lot more interesting. I found like most fairy tales this is darker than the Disney story I grew up with. Smee is not just some silly short man who follows Captain Hook’s orders. He is so much more than that.

We find out shortly after the story begins on who the narrator is. I enjoyed the point of view from a third party; we see Tiger Lily and Peter when they are together and apart.

Tiger Lily is not very trusting. She is very closed off from the rest of her tribe. Peter is close with the lost boys but does not really open up until he meets Tiger Lily. Tinker bell was the most fascinating character. She is one who is prominent in the original story but not much is given about where she came from and if there are more fairies out there like her.

The story tied in so well with the original. We see what happens to Tiger Lily after Peter Pan betrays her and the aftermath of there decisions.

I loved this book. I love finding out how Peter Pan met Wendy and who Tiger Lily really was, the original story shows her but there is not much given about her origins or Tinker Bell even tough they are both significant characters in Peter’s life. I finally also got an answer about the crocodile with the ticking clock. I don’t remember getting a full answer in the original story on how this happened.
Posted by Unknown at 6:00 AM