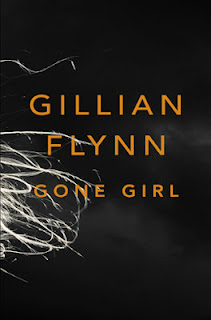 
"'What are you thinking, Amy? The question I've asked most often during our marriage, if not out loud, if not to the person who could answer. I suppose these questions storm clouds over every marriage: What are you thinking? How are you feeling? Who are you? What have we done to each other? What will we do?'"

Just how well can you ever know the person you love? This is the question that Nick Dunne must ask himself on the morning of his fifth wedding anniversary, when his wife Amy suddenly disappears. The police immediately suspect Nick. Amy's friends reveal that she was afraid of him, that she kept secrets from him. He swears it isn't true. A police examination of his computer shows strange searches. He says they aren't his. And then there are the persistent calls on his mobile phone. So what did really did happen to Nick's beautiful wife? And what was left in that half-wrapped box left so casually on their marital bed? In this novel, marriage truly is the art of war...


How well do you really know someone, Nick ponders this question on his fifth wedding anniversary. Nick wakes up in the morning and sees his beautiful wife Am then she disappears. He is an immediate suspect but swears he did not hurt Amy. Before she left, Amy left a diary that contains evidence stating otherwise. Nick must figure out for himself what happened to Amy before it’s too late.


This book petrified me in a good way. It has so many psychological twists in it that it is hard to decipher who is the bad guy. In a way all of the characters deserve punishment because they all have done something wrong at some point. The point of view is split between Amy and Nick. Amy’s point of view is through her diary while Nick’s is first hand.


Amy and Nick are both complex characters and it is hard to understand them. They have both done wrong in their relationship but they are still drawn to each other. When Amy disappears, Nick is the one left to explain what went wrong.


This is such a hard book to explain because it’s so twisted that I do not want to give anything away. I am a huge fan of Gillian Flynn and this book just added to my love of her work.
Posted by Unknown at 8:04 AM