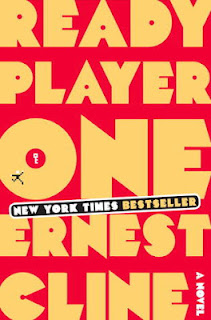 It's the year 2044, and the real world is an ugly place. Like most of humanity, Wade Watts escapes his grim surroundings by spending his waking hours jacked into the OASIS, a sprawling virtual utopia that lets you be anything you want to be, a place where you can live and play and fall in love on any of ten thousand planets. And like most of humanity, Wade dreams of being the one to discover the ultimate lottery ticket that lies concealed within this virtual world. For somewhere inside this giant networked playground, OASIS creator James Halliday has hidden a series of fiendish puzzles that will yield massive fortune--and remarkable power--to whoever can unlock them. For years, millions have struggled fruitlessly to attain this prize, knowing only that Halliday's riddles are based in the pop culture he loved--that of the late twentieth century. And for years, millions have found in this quest another means of escape, retreating into happy, obsessive study of Halliday's icons. Like many of his contemporaries, Wade is as comfortable debating the finer points of John Hughes's oeuvre, playing Pac-Man, or reciting Devo lyrics as he is scrounging power to run his OASIS rig. And then Wade stumbles upon the first puzzle. Suddenly the whole world is watching, and thousands of competitors join the hunt--among them certain powerful players who are willing to commit very real murder to beat Wade to this prize. Now the only way for Wade to survive and preserve everything he knows is to win. But to do so, he may have to leave behind his oh-so-perfect virtual existence and face up to life--and love--in the real world he's always been so desperate to escape. A world at stake. A quest for the ultimate prize. Are you ready?

My name is Sara and I am a huge nerd. This book is all kinds of awesome nerdness. It is jammed pack full of 80's pop culture references. It is fabulous. I am still trying to convince my non-reading boyfriend to read it since he is a self proclaimed nerd too but no luck so far.

Wade is a eighteen year old who spends every spare second he has in OASIS which is a online utopia. When the creator of OASIS dies he leaves his vast fortune to the first person who can find the keys he has hidden within OASIS. Wade like millions of others have poured over every tidbit of information available about the creator Halliday in the hopes of discovering where the first key is located then Wade discovers the first key. He becomes a celebrity overnight.

There is a lot of information and the beginning is a little slow because of this, it had me hooked from the beginning but it did take me a bit to be completely enveloped into the story. Wade was a little frustrating at times, his crush on Art3mis at times get in the way of what he should be focusing on. Art3mis was kind of a jerk. She took help from Wade but acted completely aloof and snarky. Aech is Wade's best friend and is a awesome character all around.

OASIS to me reminds me of The Sims on a grander scale. I loved the amount of detail in this story, it makes sense that people would want to disappeared into this game to get away from everything terrible going on outside of OASIS. There were parts that made me laugh out loud (Note page 193-194). The ending was a little sappy but it was so good.

I loved this book and I want to own my own copy so I can flip through it and re-read my favourite parts whenever I want.
Posted by Unknown at 6:00 AM