Disclosure: I have a ridiculous amount of books this week. No joke this is the most books I have ever received in one week.  Beware.

Why do I have so many books well it started with...

My friend who lives in a small apartment is having a baby in June (Yay!) so she needed to make her book room a nursery so she offered me some bookshelves so I went to get the shelves. She told me that she has a few books to give away so I said sure and that's when my book explosion started.A few books turned out to be 66 books which equals out to three Staples paper boxes overflowing. The boyfriend was not happy. Since I knew she would not get rid of them I went through ALL 66 books and divided them into keeps, and bring to friends/used bookstore. I divided the books I kept into YA and Adult. Enjoy. 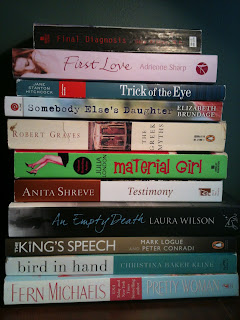 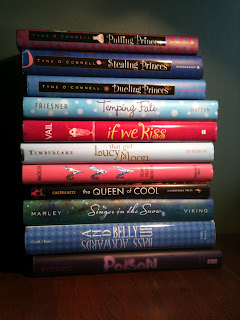 This is where part two beings....

Once I was done sorting through the books I made the boyfriend happy by telling him the remainder (about two boxes stacked full) were going to the used bookstore so he agreed to help. Once I got there I looked around and picked out some more books (I had a lot of of accumulated credit so I did not have to spend a cent). 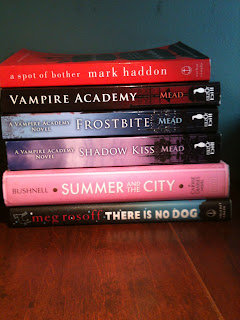 
And the final chapter...

At this point I was pretty sure my boyfriend was going to blow his top with all the books and new bookshelves I had ( I gave him one of the smaller ones and he's happy now) then we decided to get groceries and while there I FINALLY bought a book. It was soft cover AND it was under $10 so I got away with it. 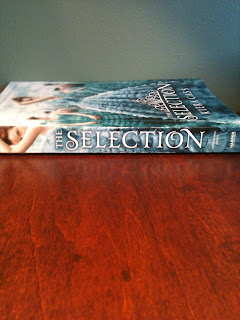 What did you get this week?
Posted by Unknown at 1:00 AM