I got a ridiculous amount of books this week. In my defence I bought them all on sale and the most expensive book was $6.00.  There is a giant book sale that happens a few times a year where I live, the last time I went I found a few good ones, but as much as I expected. This time I hit the jackpot of books.  I also went to Chapters after (why not?) and found some in the clearance section there too.  There is a lot. 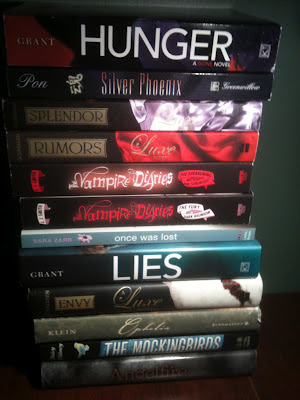